Anaresor’s Antti Einiö returns to Verbier after 33 years from his first visit and discovers there is still some retro charm left.

I am driving up a serpentine road with a Tesla. The road is not as scary as I remembered. Maybe the cars have gotten better or maybe I have just get used to serpentine roads. In 1984 I came with bus, all the way from Finland, at this point of the trip deeply moved, impressed by the Alps and also influenced by tax-free drinks. Yes, I was 20 and it was my first trip to Alps and right to the best of the places, Verbier.

In year 1984 Verbier was a quite small, but very lively village. Swiss franc rate was more favorable and prices were not in general regarded as high by the Finns. Village was full of ski bums. Or young people around the world just spending their winter there, some worked at bars or cleaned chalets, some just lived on their parents’s expenses. Nevertheless, it was the most fun place I had ever been. Great skiing, after-ski at Pub Mont Fort, Pizza at Fer A Cheval and disco time at Scotch. Again, again and again.

Standing at Place Central in 2017, the village looks still quite the same. You can´t really see the change, until you climb up to the mountain restaurant in the evening and look down to the village. Then you see how much Verbier has grown.  Lightspots fill the whole valley from Medran to Savoyleres lift station. That bigness you don’t feel in the center of the village, because all buildings are so low.

Many alpine villages have changed a lot in recent years. For example St. Anton has upgraded by one star if you look at hotel offering. Style in renovations is what I call Alpine modernism, using lots of flat stone walls and light wood. Interiors have metal furnitures covered with lamb skin furs. Chandeliers are made of fake stag horns. I kind of miss the old very simple and genuine interiors with traditional wooden chairs and tables. For decades alpine villages used to be places where time stood still. You went there and could live in a place that seemed to be totally separated from the surrounding world.  Then the snakes started to creep into the paradise. Wok and sushi bars, new design hotels, ambient lounge music with never ending songs… I just hated the change. Or maybe I was just getting old and angry, because somebody had stolen my youth paradise.

So here I am looking if there are any old things left in Verbier. We start our stroll from Place Central. Standing there you can spot lots of familiar names. There is Hotel De Verbier and there Farinet, Hotel de la Poste, Bristol…

We walk up the road towards Medran and I start to see changes. There used to be Hotel Les Quattre Vallees and there Hotel Rosalp with its excellent kitchen.

We come to Medran lifts. Scenery here is pretty far from what it  was in 1984. Lift system is new – which is just positive- , but behind the lift complex  things have changed radically. What was earlier a big parking lot,  is occupied by the W Hotel buildings. I am not sure if I like it or not.  Building is wooden and nice as everything in Verbier, but do we need chain hotels in Alps? At least Madonna and celebrities need, she is now somewhere inside that hotel…

Most celebrities tend still to prefer luxury catered chalets, like the one Richard Branson leases for 217,900 CHF a week for the New Year time. It is for 18 guests and of course you get your Land Rover transports and unlimited bubbly, but this all doesn’t bring life to village.  People party privately. It is totally different you see for example in the Ischgl.

The strategy of village officials has led to situation where Verbier is full of empty luxury chalets, but it is very difficult to find a decent four star hotels. There are only few left, like Vanessa or Nevai. Go to Zermatt and the offering is huge.

We walk to Pub Mont Fort which seems to be still the place to have good after ski and fun. It has also changed, both the terrace and interior, but I can still recognize few areas, like the Pekka corner, where all the Finns gathered in the old days. I look to the wall behind the bar counter. There used to be a photograph taken by two Finnish guys in early 80´s for the Pub. One of them was jumping with skis holding a beer mug in both hands. The legend says they had to brought 48 pints of beer to the mountains before they got a picture they were satisfied. The legend doesn’t tell how many glasses went broken or were drunk before that…

We find – of course – a Finn at the Pekka corner. Seba is an old ski bum who has settled to Switzerland. He lives down in the Rhone valley, but has an apartment in Verbier and skis here whenever he can. “There are quite a many old ski bums who have stayed here permanently or came back when getting closer to retirement years”, he says. Two of them, George and Berndt stand behind Seba and nod. Guys are pushing sixty. They tell that they have been ice skating today because of the poor snow conditions. Ice skating? I bet 30 years ago these guys would have instead been drinking beer until the next snow shower…

There is always a happy Finn at Pub Mont Fort Pekka corner and a happy Swiss in every souvenir shop.

Next day we ski to the Nendaz and stop there for lunch at the Chalet des Alpes. We bump there into Sebas old friend Andrea and as all people over 50 years age, we start to talk how things were better in old days.

Andrea is from Torino and tells that he and his friends had found Verbier during 80´s and bought a chalet from here later. Verbier was so wild and free minded after the conservative Italia 30 years ago. Or maybe the reason was a strong Scandinavian community that existed in Verbier already there, blond women and great parties. And of course good skiing. It seems that Verbier is and has been a relaxed mecca for party people in otherwise conservative Switzerland. Still today, the New Year’s eve party gathers thousands of people to Verbier and most of them are not skiers. They come from surrounding cities and even from Geneva.

Something in the village atmosphere is different from the whole Switzerland or many other alpine villages. It is still very sporty and relaxed. But becoming more and more expensive. Though the feeling is different than St. Moritz or Megeve: you don’t really see many fur coats here.

But settling to Verbier takes money today. Lots of money. Those who didn’t buy their chalets before the turn of century, find it very hard to do it now. The house prices are ridiculous, double as high as in the other end of the Four Vallees like Haute Nendaz for example. There is a risk that Verbier is getting too expensive to hold lively community of fun people round the year in future.

They say most of the new chalets are owned by investment bankers and they are more or less empty most of the time. They are being used only during holidays. True or not, the streets are pretty quiet during evenings compared to what I remember from 80´s.

Where is the snow?

The morning of 1 st of January. No queue at the Medran at 9.00. We step to funicular to Les Attelas.  There is very little snow. Last snowfall has been 19th November. Snow wasn’t the problem on 1980`s. Or was it?  I only remember those good days when Tortan skiroute was in excellent condition.

The biggest change in skiing in 30 years is artificial snow making. Snow cannons are everywhere, but the newest and most efficient ones are found in the other end of the Four Vallees, says Seba, who has come to quide us. Not that I couldn’t remember the places, but with this bad snow situation he has promised to show us where  the best skiable slopes are.

First we have to head to Tortin. I ask if we can you ski the Tortin piste down with this snow. “Yes, but you can´t fall. Too many stones”, he replies. We decide to take the cabin down.

Tortin cabin in 1984 was the infamous coffin. It was a tin can that was closed from the outside. Now it is a modern 8-seater.

As Seba promised, snow machines are working on full speed at the Siviez and Nendaz. Newest technology makes better snow from less water. The snow even feels quite real under your skis. And the skiing is better as it is not so crowded as in Verbier´s slopes.

We end up eating lunch at Chalet La Maya at Les Collons. Price level here is much lower than in Verbier.  You just have to be careful not making the lunch too long. If you miss the last lift, taxi ride will cost you hundres of francs…

Compared to German speaking ski area, Verbier and other French-speaking areas have one big advance: pastries. Instead of Appfelstrudel you get huge variety of pastries. My favourit is made of frambois, rasberries. I found Confiserie de la Poste still in the same place it used to be in old days and the offering haven’t change, thank God! I step in the shop and order a slice of tart framboise. “Mangee maintenant, silvous plait”, I explain with my fluent French. No need to pack it. I will eat it in three bites.

I come back next day and repeat my tradition, eat the tart right away. On the third day I don’t have to say anything anymore. “Bonjour Monsieur, mange tout a suite, bien?”

No Asian fusion at the Alps, please!

What about dining? Have sushi bars and Asian noodle factories taken over the classic Swiss treats? Do not be afraid. You can still get good hearty alpine food here.

But restaurants of course come and go. Most I miss Rosalp where I had my first Michelin star dinner. That restaurant haven’t been operating for years and now the building is being converted to private apartments.

This time we travel with kids and look more after the perfect pizza that fine dining.

Fer a Chevals pizza used to be the best in 1984. I still like it a lot, but newcomers (or places I cant remember from 80´s) like Chez Martin and La Pergola serve you well also. But Fer a Cheval has the same good atmosphere as it used to have. You can do a bit time travel there.

For finer dining option, we find other old classic: La Grange and its excellent grilled meats. Truly warm service. This is certainly the high light of our dinners.

Finally, what is the place that has changed less? I dare to say it is mountain restaurant Le Namaste. There I begin to feel the year now could be 1984. I happened to see recently a Swedish film Sällskapsresor II from 1985, which had many scenes shot at Namaste. I even spot the same old wall telephone inside and interior is quite the same. Food is great and probably the fondue is best in Verbier. Strong recommendation is the trio of fondue: normal cheese, truffle and mushroom from one pot. And the bread is served in slices, which is the real local way. As it has always been. And should. No changes. My kind of a place. 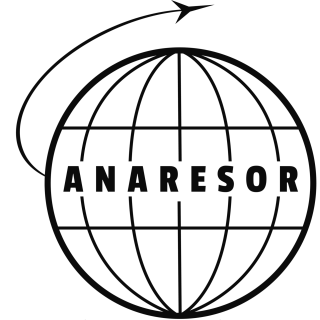